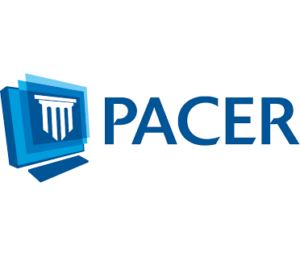 The federal judiciary system has pretty much blown off taxpayers’ (and legislators’) complaints about PACER for years. The online system that was supposed to make access to court documents fair and equitable is instead a paywalled, outdated heap of barely functioning junk that charges citizens $0.10/page for questionable search results from PACER’s broken search engine. If someone manages to find what they’re looking for, they’ll pay another $0.10/page for PDFs generated at their own expense and delivered to them at a price Kinko’s might charge to people somehow incapable of operating copying machines on their own.

Even when someone obtains documents, PACER’s fine print prevents them from sharing the files with others if they’ve been granted a temporary fee waiver. It’s greedy and stupid at all levels, but especially at the top, where the US federal court system has used the profit generated by PACER to enrich itself. The funds generated by PACER are supposed to be used to modernize the system and give more people free access to documents. Instead, the money has been spent on flat screen TVs for jurors and office furniture for judges and clerical staff.

PACER remains fundamentally broken. And it remains prohibitively expensive for all but the most casual users. Given the seemingly deliberate antagonism of the UI, casual users are unlikely to use the service more than once.

Congress has made many attempts to codify free access to PACER. None of these efforts have been successful. The US Courts system has been sued multiple times for screwing taxpayers but somehow manages to find enough sympathetic legislative ears to avoid having to give the American public free access to court docs. It claims anything other than the broken, expensive system currently in place would bankrupt the court system — a hilarious assertion given that its funding is unlikely to vanish because it’s quite obviously an indispensable part of the American democratic republic.

Somehow all the discontent with the PACER status quo has provoked a rare concession from the US Courts system. As Nate Raymond reports for Reuters, the federal judiciary is apparently willing to allow taxpayers to utilize PACER’s counter-intuitive and mostly broken search function gratis.

Federal judiciary policymakers have approved a plan to eliminate costly fees for online docket searches amid debate in Congress about whether to force the court system to make its PACER electronic court record system free for the general public.

A newly released report on the Judicial Conference of the United States’ closed-door March 15 meeting showed that the policymaking body greenlighted making PACER searches free for non-commercial users in any future overhauls of the system.

Docket fees (and docket searches) are one of the many PACER issues the federal judiciary has been sued over. This concession may be an effort to head off similar litigation while allowing the US Courts system to pretend it’s trying to make PACER better and cheaper.

This will give free access to regular users, which will be nice once it’s actually implemented. But it still means “non-commercial” users will pay the same fees as “commercial” users (the judiciary did not provide details on how this will be determined) when trying to access documents: $0.10/page for downloaded PDFs. While this will allow users to see what’s happening in a case, it won’t actually allow them to view relevant filings without opening their wallets. So, the cash cow of PACER remains unslaughtered while the judiciary gets to pretend it’s helping.

In fact, as the Free Law Project points out, this is even less than that, as they only say they’ll implement this once a new system is in place for PACER… which may never happen.

Hopefully, there are better things on the way. Legislation mandating free access to PACER (including documents) continues to gain traction. And the US Courts system has made of a mess of defending its “screw the taxpayers” defense of collecting fees while improving nothing about PACER in recent years, providing little more than talking points for legislators advocating for free access and ammo for litigants seeking to force the system to stop screwing users.

Sidehustles for Lawyers:  How To Achieve Your Dream on Your Schedule Legally and Ethically  – My Shingle

The Benefits From A Small Business Credit Card

The Benefits From A Small Business Credit Card

Preventing Sexual Harassment in the Workplace in Shreveport, LA