We Finally, Really, May Be Nearing The End Of The Dewey & LeBoeuf Case 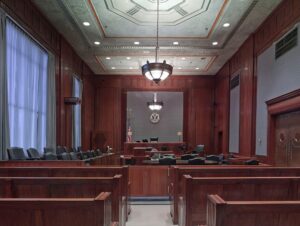 If you loved the end of Lord of the Rings — where all the action was resolved but it kept going for 45 minutes anyway — then you must love the tale of Dewey & LeBoeuf, the short-lived Biglaw merger that crumbled in the face of the Great Recession. The recriminations have long outlived the firm’s entire run as an entity, featuring a rare firm bankruptcy and some dubious criminal prosecutions. Now, after eight years, the last piece of ongoing Dewey drama may be coming to a close.

In a Friday letter, the SEC informed Judge Valerie Caproni that it has agreed in principle to a settlement agreement with former Dewey & LeBoeuf CFO Joel Sanders. The SEC says the proposed settlement awaits approval by the Commission and expects to have a final answer for the judge in six to eight weeks.

This comes on the heels of the new short documentary featuring the former head of the merged entity, Steven Davis, offering his take on the crisis that felled the firm.

Sanders was the only Dewey & LeBoeuf executive convicted in the Manhattan DA’s questionable prosecution of firm leadership. After hyping up the idea that the firm lied to investors about the firm’s financial position, the DA ultimately dropped claims against Steven Davis and lost the case against the firm’s executive director, Stephen DiCarmine. Sanders earned a million dollar fine.

But the SEC’s desire for a pound of flesh isn’t tempered by state law fines so it’s been going after Sanders ever since. But maybe we’ve finally reached the end.

So, as much as I hate to write it, we’ll close on the obligatory: Dewey think this is the end of the case?

The Rise Of The Suburban Law Firm?

The Rise Of The Suburban Law Firm?

Are You Trying to Figure Out How to Scale Your Digital Marketing Agency?

What Should a Worker in Rosenberg Do When They Notice Missing Wages?