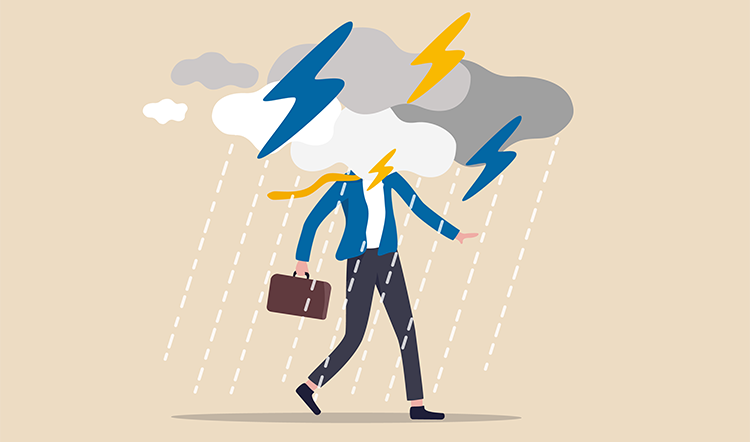 If you worked late into Tuesday night on an important deal, ignored emergency response warnings that a huge snowstorm was on the way, and then woke up Wednesday morning to find that the weather was even worse than expected, the power was out, and you only had two hours of battery left on your laptop, what would you do?

A group of attendees at ABA Techshow 2022 role-played that, and several other disasters, working in small groups to develop potential solutions. Titled: “Ethically Managing Modern Emergencies: Are You Ready?” the Thursday session was led by Anne-Marie Rabaco, the founder and principal of Modern Juris, and Joshua Weaver, director of the State Bar of Texas’ Opportunity & Justice Incubator.

Rabaco shared data from the 2021 ABA TechReport, which found that only 36% of survey participants reported having an incident response plan for their law practices.

Another reason to have a plan in place is ABA Formal Ethics Opinion 482. The 2018 finding states lawyers are bound by ethics rules addressing attorney competency and client communication even in the event of a disaster.

Follow along with the ABA Journal’s coverage of the ABA Techshow 2022 here.

Rabaco and Weaver had participants role-play additional scenarios. For instance, attendees were told they had no office access on Wednesday either, and the deal had a Monday morning deadline. Also, their laptop had not been properly synched with the firm’s cloud storage for the past four days.

Another scenario had participants learn they could get back to the office Thursday, but an electrical surge disabled many office computers, including theirs, as well as servers storing backups. The other side refused to push back the Monday deadline, the client was getting nervous and the relationship was severed, because the firm could not deliver the work product in time.

Perhaps most serious of all, the last scenario involved a hacker posing as the client, sending an email to the office manager, demanding the escrow money be returned immediately, with instructions on where to send it. With the managing partner’s approval, she wires the “substantial sum” to the hacker, according to storyline. The phishing was discovered when the office manager gets a second email, from the actual client, who also called to see when the escrow money would arrive.

“I’m hoping this will spark in your brain the importance of having a disaster recovery plan,” Rabaco said

Weaver added that it’s important lawyers don’t get paralyzed by fear. He revealed a test group heard these scenarios prior to the ABA Techshow audience, and someone from the test group said they might “go jump in a lake” when faced with the substantial problems.

Regarding disaster recovery plans, many attorneys have some knowledge they should come up with something, but they realize they are not experts on what should be done, Weaver added.

“And then they freeze and do nothing. If you are going to take anything away, it’s that you don’t need to overthink this. You just need to do what’s reasonable, and do it before bad things happen,” he explained.

ABAJournal.com: “New report outlines how legal services can prepare for and respond to disasters”

ABAJournal.com: “Are you good in a crisis? There may be a growing practice area for you”

Recurring Revenue Ideas & How to Implement Them