Who Needs Antitrust To Break Up Major Firms When You Have The Second Amendment? 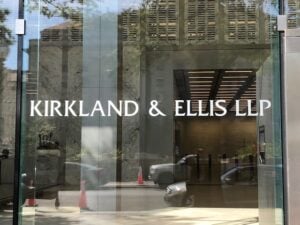 In unexpected news to legal nerds everywhere, there has been a major shakeup in the makeup of Kirkland & Ellis over the Second Amendment. Paul Clement’s work moves just have a way of being newsworthy, don’t they?

“Paul and Erin have been valued colleagues,” said Jon A. Ballis, Chairman of Kirkland’s Executive Committee. “We wish them the best of luck in the future and we look forward to collaborating with them in the future in matters not involving the Second Amendment.”

For those of you who aren’t in the legal know, this metaphor may help you get how massive this is.

That not doing it? Try these on for size. This is like:

Joe has made the point in the past that the “everyone deserves a lawyer” argument is going out of vogue. Sure, everybody wants to be filthy rich — like so filthy rich you have to put shoe coverings on before you walk about the house — but in a woke culture like ours, firms need to consider their branding in addition to their practice. Being associated with school shootings, far beyond being unethical, may impact the bottom line, after all! While it’s anyone’s guess if this falling out was fundamentally about morals or money, it definitely looks like Kirkland decided making bazillions doing private equity is preferable to constantly getting written up in the media as the NRA Hypebeasts trying to make murdering schoolchildren easier.

What Lawyers Need To Know About Infrastructure And Construction Projects

What Lawyers Need To Know About Infrastructure And Construction Projects

Why Should Expert Lawyers Market Themselves to Attract Clients

State Denies Admission For NY Licensed Lawyer To Strike A Blow For… What Exactly?