Whose Intersectionality Anyway? Kimberlé Crenshaw Clears Up Some CRT Confusions 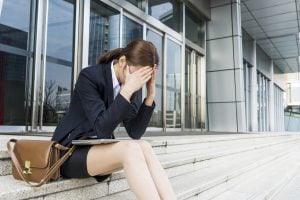 What do you mean Black Women experience discrimination differently! Argh! (via Getty Images)

Buzzwords can throw people off sometimes. Much how Cognitive Behavior Therapy can get confused with its kinkier cousin, Intersectionality is a rich collection of diagnostic strategies that often gets confused with that other thing that goes by its name — maintaining oppressive racial hierarchies or Creating Racial Tension. While I can usually smell a CRT red herring from miles away, it can be hard for the average bear to differentiate Jordan Peterson’s Lobsters from Patricia J. Williams’s Rooster Eggs. Thankfully, Kimberlé Crenshaw found the time to set the record straight for the readers at Above The Law.

Chris: In your mind, is intersectionality mainly a descriptive tool or does it have normative ends? What would you like people to do once we’ve recognized the specific ways that discrimination or selective spinning of narratives impacts the way that we deal with things that need redress?

Kimberlé: Yeah, well, my effort to fashion the tool of intersectionality was driven by normative ends. My assumption behind the fact that so many courts seem unable to understand discrimination as experienced by Black women was the assumption that, well, they just don’t get it. They don’t have a tool that allows them to see that Black women can experience race discrimination in ways that might be distinct from the way Black men experience it, and white women experience gender discrimination sometimes in ways that are different from the way that Black women experience it. So, I was trying to develop a prism, another set of glasses for courts to see more clearly how racism and patriarchy and sexism can intersect; they can overlap; they can exacerbate.

Chris: You know, one thing I think is wild is that they took what I saw as you giving a series of Venn diagrams and turned it into the Oppression Olympics.

Kimberlé: Yes, they did and put themselves, ironically, at the center of the oppression. So, when you ask is it descriptive or normative? I think there is where we see that the criticisms of intersectionality that they generate aren’t criticisms of the descriptive dimension of it. They are normative critiques. “We don’t like the implications of what you are trying to draw attention to.” So, they’re happy with intersectionality as long as it centers them. Where they’re unhappy is when it decenters them.

Chris: I’m interested in reading intersectionality as a critique of analogical reasoning in the case of novel injuries. So for example, in the DeGraffenreid v General Motors, and in Moore v Hughes Helicopter and Payne v Travenol, for example, there was no question a harm clearly occurred. The issue was rather if the legal apparatuses were stable enough to redress them because there was the boogieman of, “Oh, we’ll open up either a slippery slope or Pandora’s box or making niche identity categories that the laws weren’t initially made within mind.” I was wondering if you had any advice for jurists who are dealing with novelty.

Kimberlé: Yeah. Well, you put your finger on exactly why I was trying to develop the tool because the novelty made them think that the harm that DeGraffenreid, for example, or Moore was trying to draw their attention to was an illegitimate claim, or it fell outside of the commitment that society had made to addressing discrimination. I think often what appears as a novel claim is the reflection of the limited conception of the subject class in the first place.

So as I wrote in Intersectionality, the courts would reject the claim that a Black woman was making, basically saying, “You’re not making a claim as a woman, but only as a Black woman,” as if the specification of how she was experiencing it, the race specification was somehow unique, whereas a white woman’s claim was seen as the generalizable one. It was a woman’s claim. What I was trying to draw attention to is that whiteness was not invisible even though it was unmarked, that the experience of gender discrimination when it happens in a context in which whiteness is not a contributing factor is not a universal experience. It is just a particular way that a white woman in an industry that did not practice discrimination on the basis of race experienced gender.

So, my point through intersectionality has been not to take the erasure of race as race neutrality. It’s just a specificity that has not been articulated, often because it doesn’t have to be. Race is not contributing to the disadvantage, but that doesn’t mean her story or her subjectivity can be inclusive of women for whom race is contributing to their experience of gender discrimination. So my overall objective in my work has been to raise awareness to see the things that are taken for granted, to de-neutralize them by putting them in sharp relief, and so that often shows that what is seen as novel is in fact an incompleteness in what people think the framework that they’re operating under is actually doing.

Chris: Yeah. That makes sense to me. Part of recognizing naivete is that the judge presumably was making a good faith argument when they were like, “Oh, this will open up Pandora’s box.” And the thing that struck me, especially with the Right’s approach to intersectionality, is I feel like it’s the wrong focus. The focus isn’t “I’m here to acknowledge my privilege, here I am on the totem pole.” The focus is on the person that’s like, “I can’t be racist against Black women. I have Black male friends.” It’s like, no, the particularity of your racism is also impacted by others forms of prejudice that you have. I feel like the focus is on the judge, not necessarily the person needing to voice the claim.

Kimberlé: Yeah. Well, exactly. It’s on the prism. I don’t particularly care. This is where the critiques of intersectionality and critical race theory just start off on the wrong foot. I didn’t care one whit about whether the judge who made the decision in DeGraffenreid was prejudiced. That was far away from the project. The project was to show how the conceptualizations that the law had built into anti-discrimination law did a certain kind of work of erasure through its initial foundations through its assumptions, through the subjects that it imagined as the targets of race discrimination or gender discrimination. So the point was to disrupt the inferential pattern of thinking that led a court to think, “Well, if Black men are higher, then you can’t make a claim of race discrimination, and if white women are higher, then you can’t make a claim of gender discrimination.” What made them infer that? It is conceptual. One can even say it’s philosophical. One can say-

Chris: I read it as a critique of common sense.

Kimberlé: Yes. At the end of the day, it’s like, here’s this Black woman standing up in front of you saying the women that they hire aren’t Black and the Black people they hire aren’t aren’t women. Where is the challenge that requires an Einstein to figure it out? So honestly, I thought, “Okay, this has got to be remedial framing for judges.” Maybe it’s because they don’t live their lives. Maybe they haven’t been pressed to really think hard about this stuff. But the stuff that they are generating here is nonsensical. I’ve got to make sense of what they don’t see. I’ve got to put my head into their head and then say, “Okay, now what kind of glasses can I fashion that allows them to see what I see on an everyday basis?” So it was a transitional kind of framework that really wasn’t like, “I’m trying to make you a better person in your heart.” Uh-uh. Look. After five o’clock, maybe I care a little bit about, well, what kind of person you are. But right now, what I care about is the decisions that you are making, the things you are not seeing, the ways that you are distorting the commitment that anti-discrimination claims to be about. So, I’m trying to help you do your job better.

If you stayed this long, I’m sure you have a few questions to ask Kimberlé or some of the other big names Republican legislatures are trying to shield 2nd graders from. You should check out the 3rd annual Critical Race Theory Summer School! It began today and will run though the 22nd. I’d tell you to just check the details, but who better to make the pitch than Kimberlé herself?

It’s going to start on Monday. It’s Monday through Friday. It’s five days. It is live, virtual, and it’s also on demand. So yeah, people can still go and we’ve got an insane number of CLE credits for folks who want to get their credit on through critical race theory. We have a 100 faculty and 85 sessions and 21 channels, 5 plenaries, and some of the biggest names in critical race theory and in media. Janai Nelson from LDF and Damon Hewitt from the Lawyers Committee, folks also in K-12, in DEI. It’s a big tent. So there’s something in there for everyone. We’re hoping that the word can get out and people can come and see what’s going on.

Thank you for working through this behemoth of a post! If you’d like more CRT content, be sure to let us know. I’m biting at the bit for a chance to reread Space Traders on company time.

Are Conferences Still Worth It?

Are Conferences Still Worth It?

Is There An End In Sight For The Booming Legal Market?