Why Corporate-Versus-Corporate Lawsuits Are Frequently Undervalued 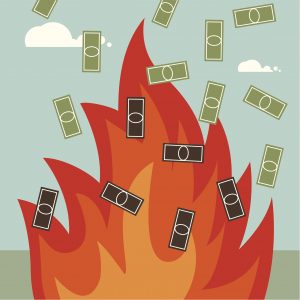 Set aside for a moment cases that have no real plaintiff: Mass torts, for example, or securities fraud class actions. Someone is named as a plaintiff in those cases, but that person is largely irrelevant; the plaintiffs’ lawyers are calling the shots.

Set aside for a moment individual-versus-corporate lawsuits, where someone tripped and fell in the parking lot of a chain store or a corporation breached a product warranty. That’s routine litigation that generally garners little attention.

Think instead about a corporate-versus-corporate lawsuit: BigCo sues GiantCo for having done something wrong. And assume this is not an intellectual property dispute, where the game may operate differently.

Think about the internal politics of that corporate-versus-corporate situation.

At the outset, the situation is relatively uncommon; big corporations generally tend to find themselves on the bad side of the “v.”

Now assume that the end of the year is approaching.

It’s the nature of law firms.

Corporations are the same: This quarter is the worst quarter in the history of the world! What can we do to collect every nickel that is owed to us?

So everyone’s sitting around in the executive suites fretting about how to bring money into the joint. One business says that it might be able to accelerate collections a little bit. Another business will try to close a deal that wasn’t supposed to close until next year.

And what can the general counsel, whose department only spends money, do for the team?

Well, there is that one plaintiff’s-side case that we’re pursuing.

Suppose you settled it by the end of this year, thus bringing in money this year?  (And remember, this year is the worst year in the history of the world!)

We wouldn’t get very much for the case — maybe $5 million.

Five million? That’s great! We could really use $5 million this year! In fact, we could use $3 million. I give you authority to settle the case before the end of the year for anything above $3 million.

The $60 million case is settled for $4 million.

Why are corporate-versus-corporate lawsuits frequently undervalued?

Just think about how corporations operate.

Mark Herrmann spent 17 years as a partner at a leading international law firm and is now deputy general counsel at a large international company. He is the author of The Curmudgeon’s Guide to Practicing Law and Drug and Device Product Liability Litigation Strategy (affiliate links). You can reach him by email at inhouse@abovethelaw.com.

How Do Construction Accidents Typically Occur?

How Do Construction Accidents Typically Occur?