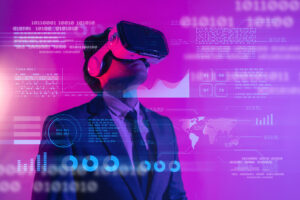 Should lawyers care about the metaverse? Maybe not. But they should absolutely understand what it is and how it works. Why? Because the duty of technology competence requires it.

If you’re a lawyer, you have an ethical obligation to maintain competence, including the requirement that you stay on top of technological change. In 2012, bar associations across the United States began to add commentary to their ethical rules indicating that as part of overall competence, lawyers must maintain technology competence. Since then, as legal technology journalist Bob Ambrogi notes, 40 states have revised their rules to include this obligation.

As part of the duty of technology competence, lawyers must understand the benefits and risks associated with relevant technology. This requirement includes tracking new and emerging technologies, of which the metaverse is a perfect example.

You’ve no doubt heard of it since the metaverse has been in the headlines a lot lately, thanks to Mark Zuckerberg and the billions invested into Facebook’s corner of the VR universe (now rebranded as Meta).

But if you’re like most people, while you may be aware of the metaverse, you probably don’t fully understand what it is. Let’s rectify that.

According to the Merriam-Webster definition, the metaverse “generally refers to the concept of a highly immersive virtual world where people gather to socialize, play, and work.” More often than not, interaction occurs in the form of an avatar, and many people access virtual worlds using computers or virtual reality (VR) goggles.

People connect with others in many different virtual worlds across the metaverse. Each “world” is a bit like a social media site. Typically, people focus on one or two virtual worlds and spend most of their time engaging with others who frequent that same part of the metaverse. Virtual worlds such as Horizons World and VRChat include all sorts of meeting places, such as virtual clubs and bars, virtual amusement parks, and even virtual courts and law offices.

People congregate at a virtual location like a bar, playing games, talking, and exploring the virtual world together. In many ways, it feels a lot like a cross between the online world and the real world. Conversations occur verbally, but people can also privately message one another.

Interactions and conversations are recorded in many virtual worlds to ensure a safe, welcoming environment. As you can imagine, a lot of potential evidence is collected and recorded when people interact in the metaverse.

The metaverse has yet to go mainstream. For now, you’ll mostly encounter tech-savvy, diehard digital explorers in the metaverse. However, more people join and participate every day, and over time, I fully expect the metaverse to grow exponentially in complexity and size. Eventually, it may even impact our lives as much as social media does now.

As you read this, I’m sure many of you are shaking your heads in disagreement. However, you’ll have to trust me; it’s not as far-fetched as it seems. A decade ago, most lawyers I spoke to were skeptical about the value and impact of social media and thus chose to ignore it.

But over the years, social media has enmeshed itself into our culture. Online interactions are frequent, and lawyers regularly mine social media for evidence. Digital evidence from the metaverse is no different and will undoubtedly become increasingly relevant as virtual world interactions increase and the user base grows.

The key takeaway is that lawyers need to take steps to learn about the metaverse since data from communications and interactions in VR worlds may be relevant to a client’s case. It’s imperative that lawyers, especially litigators, fully understand how and where interactions occur in the metaverse, the types of digital evidence that may be created, who owns that data, and how to go about ethically obtaining it.

You never know when one of your clients’ cases will be impacted by evidence created in the metaverse. By proactively learning about the metaverse as it grows, not only will you ensure that you’re in compliance with your duty of technology competence, you’ll be one step ahead of the competition as well!

Nicole Black is a Rochester, New York attorney and Director of Business and Community Relations at MyCase, web-based law practice management software. She’s been blogging since 2005, has written a weekly column for the Daily Record since 2007, is the author of Cloud Computing for Lawyers, co-authors Social Media for Lawyers: the Next Frontier, and co-authors Criminal Law in New York. She’s easily distracted by the potential of bright and shiny tech gadgets, along with good food and wine. You can follow her on Twitter at @nikiblack and she can be reached at niki.black@mycase.com.