With Over 23 Years Of Experience In The Legal Recruiting Industry, Here’s What Jack Hopper Has To Say About It 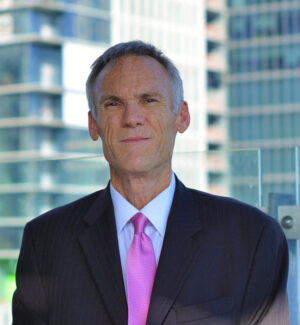 It’s hard not to like Jack Hopper. In fact, it might just be impossible. “I’ve been in this business a long time and I find this to be true: The truly rewarding thing about what we do for a living is that we get to help people. Every placement translates into one thing and that is that we are in a unique position to make real positive differences in people’s lives.” Jack is a Managing Director in the Houston office and Austin office of Kinney Recruiting. With over 23 years of experience in the industry, and almost a decade of it at Kinney, Jack knows the intricacies of the practice of law, the secret to being a successful recruiter and the importance of looking beyond the paper and at the person.

Jack grew up in Houston, Texas, in a family of lawyers. “To tell you the truth, my father didn’t want me to go to law school. He wanted me to be an architect.” Jack’s father, Jack M. Hopper, was a Senior Partner and Head of the Labor Section at Vinson & Elkins in Houston. As persuasive as he might have been in court, Jack could not convince Jack and his brother to try a different path, and both ended up following their father’s footsteps into law. Jack graduated from The University of Texas at Austin, where he received a BA in History. “After I graduated, I wasn’t sure what I was going to do with my degree and anticipated either going into a graduate program in architecture or going to law school. I had the artistic ability and interest in the arts to go into architecture, but I ended up choosing law school because I figured that I’d do better as a lawyer.” Following his undergraduate studies, Jack attended South Texas College of Law where he obtained his JD. Upon graduating from law school, he joined the Houston office of the law firm Stumph & Falgout. As an associate in the litigation group, his practice concentrated on a commercial litigation docket. “After two years, I got an opportunity to go in-house at a Fortune 500 company based in Houston, where I was the Division Counsel. I later decided to go out on my own. I practiced all in for about 10 years.”

Jack broke into the legal recruiting profession in 1998, after deciding that he was ready for something new after ten years of practicing law. “One of my best friends, Jim Dilworth, who I went to law school and high school with in Houston, went into recruiting straight out of law school. His sister, Pam Dilworth, was one of the most successful recruiters of her time. In fact, Jim placed me in my in-house counsel role.” Jim always suspected that Jack would be an excellent recruiter and often mentioned it to him. “I took Jim’s advice and took a leap of faith. I didn’t actually begin my recruiting career as a legal recruiter. My first role was with Co-Counsel, a successful privately-owned company in Houston. I was hired in a business development capacity, where I was tasked with client contact and marketing our project attorney capabilities. I enjoyed my role and the client interaction, but I sensed early on that I would be even better at the actual direct hire recruiting. In 1999, I was offered a permanent placement recruiting opportunity in Miami with The Affiliates (now Robert Half Legal) and I jumped at it, and I’ve never looked back.” Jack was a natural. “I like to think I’ve made – in fact, I know that I’ve made many friends over the years in this business. Candidates and clients that turned into friends and are now a part of my life. When you work hard for people and they know that you have their best interest at heart, they remember you. That’s another thing you don’t find in other careers. We really get the chance – and paid(!) – to develop relationships and have positive impacts on people’s lives. Outside of being a doctor or performing a public service, that’s probably as good as you can ask for in terms of doing something for a living. I’ve always held on to that and it’s what still brings me so much satisfaction to this day, 23 years later.”

Over his career, Jack has lived and recruited in Austin, Houston, Miami and Atlanta, placing scores of candidates from across the U.S. He joined Kinney Recruiting in January 2013, making this his 10th year with the firm. “First off, I like everybody at Kinney considerably and I think of them as friends. We’ve been doing this a long time. I’ve been in the business for 23 years, Robert’s been in it for 20, Danny’s been in it for 17. Those are unheard of times in recruiting. We have incredible brand recognition, great technology, a great back-office team and Robert is a fantastic businessman. Everyone’s also really good at what they do, and I think the fact that all of our recruiters are former practicing lawyers is an advantage. We really have it all. I’ve seen this industry change over the years and for one thing, technology has gotten better. Something I often tell anyone that asks is that one of the things that sets Kinney apart from my previous companies is our superior technology. Our client and candidate management software helps us source, identify and target the right candidates.”

“One of the biggest transformations I’ve seen in the industry is recruiters’ reliance on email to source candidates. That was unheard of when I started out.  The other big change has been the number of recruiters that are new to this industry. A lot of them never pick up the phone and call candidates in a targeted fashion and build relationships which, in my opinion, is still the most effective and rewarding way to achieve success.  They rely on email blasts that they send to 100, 200, 500 candidates hoping someone will respond. That works to a point but we do it differently. We call candidates, we create connections and we build trust with clients. I’ve worked for every type of company in this business. All great companies, I have nothing bad to say about any of them, but at Kinney there’s a great mutuality of what I get from being a part of this organization and what I bring to it with my experience and skills. I’ve been with Kinney now for the longest I’ve ever been anywhere in my professional career and frankly, I plan to finish out my career here.”

Jack believes that what makes a recruiter great is possessing the passion to look beyond the paper and at the person. “In my opinion, the best candidates are those that are not only great on paper but also high-character individuals. Some of the best placements I have ever made were candidates that I really liked and felt were super smart and delightful human beings. You get slam-dunks, sure, but any recruiter can pick a sure-fire placement based off of a great resume. Where the skill comes in is the ability to identify the intangibles. I had a candidate in Miami who had been okay in school and the firm he was at was okay, but he had great experience and was a fine young man. I advocated him to a really high-end litigation boutique that was composed of former US attorneys. I said, “You’ve got to interview this kid. If you don’t hire him, that’s fine and if after you meet him you tell me it was a waste of time, you never have to work with me again. But I’m telling you that it won’t be a waste of your time, whether you hire him or not.” I’ll never forget that right after they interviewed him, they told me “You are absolutely right. He’s a rockstar”. They ended up hiring him and he made partner.” To Jack, candidates are every bit as much a client as his fee-paying clients are. “We don’t represent the best interests of one above the other. We are looking to make the perfect marriage. If you ever get one misaligned, it won’t work. I often tell my candidates that I’m their advocate. The best candidates are the ones who trust me and appreciate that A, I know what I’m doing; B, I do care; and C, I have their best interest at heart. I’m here as their career consultant and bring them my experience and advice. I’ve been doing this for 23 years and I’ve talked to a lot of people. I’ve got good instincts, I’ve got good people skills and if I see something in a candidate and tell a client that they’ve got to talk to them, they’ll take my word on that.”

“The advice I always give my candidates is “to thine own self be true.” If you’re looking to make a transition in the marketplace, make sure it’s for the right reasons. It’s fine to make a move based on compensation but it’s got to be more than just putting food on the table and money in the bank. It should be about advancing yourself both professionally and personally. Another piece of advice to candidates, and maybe the most important, is to simply be a good person. The stuff that makes a good candidate, a good client and a good recruiter is the same stuff that makes you a good person. Treat others with respect, be someone of integrity, show up and do what you say you will, show passion and enthusiasm, be compassionate and always be honest. That’s what it comes down to and that’s what’s ultimately going to help you advance your career.”

“My wife kids me about the fact that I always think the best about everybody. “You’re a glass half-full kind of guy” she says. I’m fine with that. I tend to want to see the good in people. I’m pretty good at doing that and I think people tend to like me too. Well, I like to think they like me.” It could be his laidback and friendly style, the fact that he’s a good person or the way he talks about his family and his wife, Jennifer. It might even be how much he adores his four dogs: Sophie the poodle, Lillie the chihuahua, Gracie the Malitpoo and Taco the hound dog (we promised Jack they’d get a shoutout). Whatever it is about him, it’s no wonder that Jack has built a successful career in spotting good people and helping them find happiness in their professional and personal lives.