Women Are Dominating When It Comes To Law School Enrollment 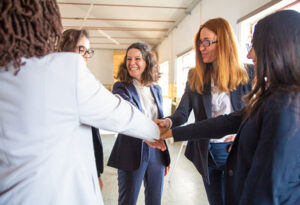 Women are continuing to break barriers in the legal profession each day, and law school enrollment is no different.

In 2016, women outnumbered men in law school classrooms for the first time on record. Every year since, even more women have enrolled in law school, with 2021 data revealing that women’s enrollment as law students once again outpaced that of their male colleagues. For the sixth year in a row, there are more women learning the law than ever before — which is amazing.

On the other side of the coin, according to a recent study, although women are enrolling in law school in droves, the vast majority of those law schools are lower-ranked institutions. Per Enjuris, these are the top 20 law schools by women’s enrollment, regardless of U.S. News ranking:

Increased enrollment for women in law school is just the first step in achieving gender equity within the law, not to mention justice for women in a country where there’s a war on reproductive rights following the Supreme Court’s dismantling of the protections offered under Roe. Congratulations to all women enrolled in law school. We need you now more than ever before.

When Enough is Enough: How to Report Sexual Harassment