Workplace Monitoring Is Commonplace In The Legal Industry 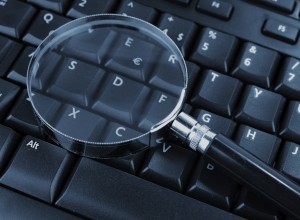 Last week, I was listening to an episode of “The Daily,” which is one of my favorite podcasts (besides Above the Law’s “Thinking Like a Lawyer,” of course!) The episode discussed how more employers are implementing monitoring software to track and surveil their employees who may not be working in an office as much as they were before the COVID-19 pandemic. The episode made it seem like there has been an explosion of monitoring efforts since the work-from-home movement took off after the COVID-19 pandemic hit because employers had a greater need to keep track of workers who might not be in offices. However, many law firms have implemented surveillance and monitoring software against workers for years, and employers should likely be more open about such tactics.

At my first Biglaw job, I really did not know if the firm tracked employees. I do remember that associates and staff were pretty paranoid about trashing management in emails sent from work accounts and using their computers for personal reasons while they were on the clock. It is probably a good practice to just assume that there is at least some monitoring at work, so a healthy amount of paranoia about having messages and internet searches discovered might be beneficial.

Another time I had a work colleague that worked at a smaller shop before he worked at a larger firm. He said that his boss was very paranoid, and since he was the only associate at that firm, the boss was really involved in monitoring and managing my colleague. This friend related that his boss started to make weird comments about his personal life and work product and that the boss would not know such facts unless he had snooped into his private affairs.

The former colleague of mine told me that he spoke to the office manager who informed him that his boss had installed a keystroke tracker on his computer. This boss was basically able to see anything that was typed into the computer, including instant messaging applications, social media, and the like. My friend never confronted his boss about this because he was scared about losing his job, but he felt betrayed that he was not told there would be this kind of monitoring.

Clearly, workplace monitoring is commonplace at law firms. If law firms decide that they need to implement some kind of monitoring programs, there are a few rules law firms should follow. For one, law firms should be completely transparent about how they monitor employees. Workers should have an opportunity to know what an employer can see in order to maintain privacy and get a better sense of how they will be evaluated by a firm. This is especially true if the monitoring occurs on personal devices. Many law firms ask that attorneys and staff install applications on their personal phones so they can access firm documents and emails while away from the office. I am not sure if these applications can monitor workers, but if they do, employers should be extremely transparent about what they are doing with the workers’ own devices.

Moreover, law firms should give employees a bona fide way to opt out of monitoring. This can be accomplished by coming to the office more often, checking in with bosses at regular intervals, or other compromises. Monitoring policies might be more palatable for employees if they know that they have a means for opting out of this.

All told, workplace monitoring has been a fixture of the legal profession for some time, and it seems like this trend is likely to continue as the work-from-home shift keeps gaining momentum. Law firms should be transparent about monitoring and should give employees a way to opt out of such monitoring in certain situations.

A Biglaw Firm By Any Other Name…

To Do Good Or Be Paid Well?

Why are There Weight Regulations for Trucks in Modeste?