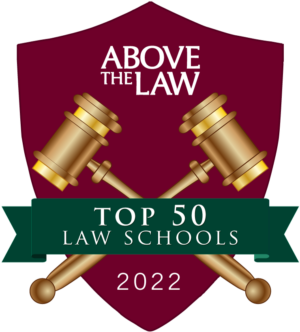 Is this the beginning of the end for lamentable hegemony of the US News & World Report law school rankings? Definitely maybe! As of publication time, Harvard, Berkeley, Georgetown, Columbia, Stanford, Michigan, and Northwestern have all followed Yale’s lead and declared that they will no longer be submitting data to USNWR.

A NY Times piece on Yale’s boycott decision observed, “Prospective students have few other seemingly objective, data-based ways to judge schools.” In the immortal words of Justice Alito, “Not True.”

ATL has been publishing our own law school rankings for a decade and our approach, in stark contrast to USNWR, is entirely outcome-driven. ATL’s is the only ranking to incorporate the ABA employment data for the most recently graduated class. While we don’t believe our ranking — or any ranking — should dictate an individual law school applicant’s decision-making, rankings are a useful tool, provided the user grasps the underlying methodology and priorities of the list-maker.

Our priority is simple: potential students should consider their future employment prospects over all other factors in deciding whether and where to attend law school.

The Legal Ramifications of Online Business