Yeah, The LSAT Still Gives You An Advantage In Law School Admissions 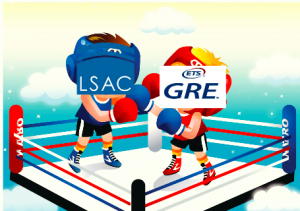 For years now, I’ve been writing about the GRE’s creep into the law school admissions game. That was once the sole providence of the Law School Admissions Test (LSAT), but, over the course of the last six years, more and more law schools have decided applicants can take either the LSAT or the GRE. Then in November, the American Bar Association (ABA), which is the law school accreditation body, weighed in. They announced that accepting the GRE in lieu of the LSAT in admission decisions complied with accreditation Standard 503 mandates that law schools require admissions testing and that the test used be “valid and reliable.” This move was seen as opening the flood gates — both in terms of law schools changing their admissions criteria and for prospective law school students willing to take a test besides the LSAT.

Given the tumult in law school admissions, Kaplan just completed a flash survey of law schools inquiring about the ABA’s decision to greenlight the GRE. And the results point to a lingering advantage for the LSAT.

Of the respondents, 25 law schools currently accept both the LSAT and GRE and of that group, 13 said applicants who submit LSAT scores have an admissions advantage over those who submit GRE scores. The remaining schools said they view the two tests equally; none said the GRE gives you an advantage.

As one admissions officer shared with us, “Individuals with an LSAT score will probably need to wait less time to receive an admission decision. This is because the individuals who evaluate the application for admission have more faith in the validity, reliability and minimization of standardized testing bias that accompany the LSAT.” While another told us, “The advantage to the LSAT is that it is established, accepted universally, and unique to law school. The vast amount of data and history gives it predictive value. Individually, there can be a benefit to someone who can perform better on the GRE, but in terms of competing in a pool, it is still relatively unknown in law schools.”

And this admissions officer — at a school that does accept the GRE — is not impressed with the test:

“The GRE does not breed confidence in me to put my professional reputation on the line. (I still have bills to pay….) The primary reason why we are including the GRE as an option is because the faculty of this institution didn’t want to ‘fall behind’ the law schools. Well, how do we know where those other law schools are going? How do we know that that direction is the direction that we need or want to take?”

And while the eventual acceptance of the GRE basically everywhere may be inevitable, there is still a good deal of skepticism about the test:

“From my own experience, the GRE is a glorified SAT that doesn’t actually tell us anything about a prospective student’s ability to be an effective law student. The LSAT’s not perfect, but it’s a much better diagnostic tool.”

And this admissions officer believes that taking the LSAT shows commitment to the law school process:

“For now, we believe that applicants most interested in attending law school will take or have taken the LSAT. Considering the high focus on the cost of law school, graduate debt load, and volatile employment outcomes, we think it is prudent to admit students who have been preparing for law school over time. In addition, there is data that asserts the GRE has the same bias as other standardized tests, so it remains to be seen whether it will result in a significant increase in diverse applicants overall.”

So, what does an admissions advantage really look like? One admissions officer said it could come down to wait time:

“Individuals with a LSAT score will probably need to wait less time to receive an admission decision. This is because the individuals who evaluate the application for admission have more faith in the validity, reliability and minimization of standardized testing bias that accompany the LSAT.”

While another pointed to the scholarships available to the different applicants:

“We do not offer robust scholarships to GRE only applicants.”

Jeff Thomas, Kaplan’s executive director of legal programs, had this to say about the survey results:

“What Kaplan’s survey shows is that while there is some definite movement to accept the GRE among law schools, there’s still not full acceptance. Of the schools we spoke with that accept scores from both exams, half say that applicants who submit LSAT scores have the edge over GRE applicants. In fact, no law school we spoke with gives the edge to GRE applicants. Some admissions officers noted the LSAT is created specifically for law school admissions so they have more faith in it, while the GRE, as its name suggests, is much more of a general exam. Schools also treat LSAT students more favorably, giving quicker admissions decisions to LSAT applicants, and scholarship awards exclusively to LSAT applicants. Our research suggests it will be at least several more years before law schools fully warm up to the GRE.”

So, just because you *can* take only the GRE to get into law school, it doesn’t mean that’s the best decision — at least not yet.

To Do Good Or Be Paid Well?

3 Ways US Immigration Laws Can Help During Ukrainian Crisis

3 Ways US Immigration Laws Can Help During Ukrainian Crisis

Another Round Of Raises For Hardworking Associates

Make The Most Of Your Data With APIs From LexisNexis