Yes, This *IS* A Law School Scam, But It’s Not What You Think 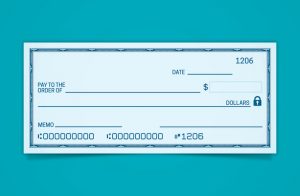 You hear “law school scam” and you probably think, rut roh, what’d they do? But that’s not the scam that’s making its way through New York.

If you received an unexpected check from a law school, there’s a decent chance you’re being scammed. According to reporting from the Albany Times-Union, there’s a scam making the rounds that is using the name of Albany Law School to defraud victims.

Folks in the area are reporting receiving checks in the mail that purport to be from Albany Law. However, authorities say getting a check when you aren’t expecting one is a red flag that typically involves the “sender” asking for a portion of the money back. And it’s only after the victim has sent off a portion of the windfall they thought they’d received that they discover the original check bounced.

Albany Law is aware of the scam, and is working with authorities:

“Right now, we are working with our banks, the victims, and law enforcement to end this problem, but, unfortunately, we can’t share any specifics,” Albany Law School spokesman Ben Meyers said in an email.

“What we can say definitively is that everyone who receives one of these fraudulent checks and Albany Law School itself are all victims in this situation.”

“The best advice we can give is that anyone who does receive an unexpected check from any organization should contact the organization to verify the check’s authenticity before depositing or cashing it,” Meyers said.

These kinds of check scams aren’t new, but historically they’ve targeted elderly people. However, newer incarnations appears to be targeting millennials since they’re not as familiar with workings of paper checks.

From Jim Crow To Today, Voter Suppression Hasn’t Changed That Much