You Know What’s Better Than Being A Lawyer? Starring In Bridgerton 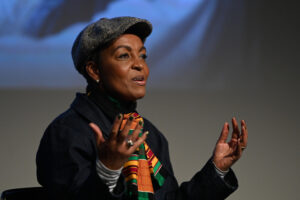 Are you as obsessed as everyone on my timeline is with Shonda Rhimes’s period drama Bridgerton? Maybe you’ve read the books too. And of course, adore Julie Andrews’s narration. But what you may not realize is one of the stars of season 2 of the hit show was nearly a lawyer.

That’s right, Adjoa Andoh, who plays Lady Danbury in the hit Netflix series, studied law for two years at University of the West of England. As reported by Legal Cheek, she dropped out to pursue her dream of acting.

Adjoa Andoh, 59, took English, French and German at A-Level. At 19 she joined the University of the West of England (UWE), Bristol, a polytechnic university, to study law, The Times reports. She dropped out after two years to pursue a career as an actress.

Bristol-born Andoh is perhaps best known for her role as Lady Danbury, a well-respected dowager and member of society, in Bridgerton. She has also appeared in Eastenders, Casualty and Doctor Who, and starred in films Invictus, Fractured, and Adulthood.

A decision that’s worked out pretty well for her!

After Matching Milbank Months Ago, Biglaw Firm Finally Gets Around To Offering Cravath Cash To Associates

After Matching Milbank Months Ago, Biglaw Firm Finally Gets Around To Offering Cravath Cash To Associates

You Can Pull Down A Lot Of Cash In One Summer