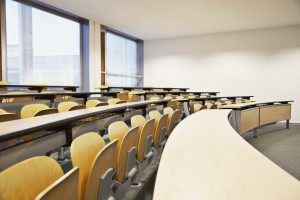 There is a curious discussion going on about the nature of academic freedom and its impact on students. It seems that students are afraid of not believing what the professor thinks. Or thinking that echoing what they think the professor thinks will grant better grades. Being able to speak your mind in class no longer seems to be valued. It is not allowed in the new academic campus which prohibits free speech. A recent New York Times op-ed expresses in a popular medium how reluctant students are to speak out for fear of retaliation.

But hear me out. That’s all complete and utter cow excrement. Sure, there are some professors who would like you to parrot back to them. But it has always been thus.

But the real problem of academia is manifold. It is a combination of academic hubris and a misunderstanding of the purpose of education. You see, whether student or professor, academic freedom doesn’t mean you get to say whatever crazy shit you want to say.

The goal of education is to dispel ignorance. For courses such as math, there can be no disagreement about 2+2=4. In courses that are far less empirically grounded such as law, the central focus should start from principles of ethics.

Learning comes from diversity of experience. Learning comes from people with different intellectual orientations, different social experiences, values, politics, sexual identities, physical abilities and disabilities, racial and national backgrounds, and religious beliefs from one’s own. To be disrespectful of colleagues merely because of their differences from you is a badge of ignorance.  Diversity of community creates understanding and the capacity to challenge and reconsider your own assumptions. It is all too often in the legal academy that ideas are rejected because of the source of the idea or the place it is published.  Hierarchies are anti-intellectual bigotry. To proclaim that ideas are better based on the alma mater of the source is mere charlatanism.

Bigotry is NOT an academic exercise. Beyond the outer boundary of rational criticism is bigotry, which is not an intellectual endeavor. Bigotry stems from the antithesis of education — ignorance. It also stems from arrogance, the belief that that which you know is superior to that which you do not, or that which you fear.  Bigotry has no place in education and should never be tolerated in any academic setting. It is astonishing then, that much defense of “academic freedom” comes from those who are supporting people not engaged in an academic exercise.  Being racist is not intellectual. It isn’t academic. It is not educational. Racism is bigotry. It is ignorance. And it is curious how many seek to cloud their bigotry in a pseudo-academic exercise. That comes from arrogance.

Arrogance is a huge problem in academia. It is easy to develop an unjustified and dangerous arrogance which can pose considerable risk to your long-term ethical and moral well-being. You may mistakenly believe and arrogantly think you know it all; that you can justify any position you wish; that you can parse rules to no end; and, that you can manipulate facts to suit any objective — all in the name of the end you seek. That end may not be the betterment of society. It may be your own fame and recognition of your cleverness, perhaps externally validated by article placement or school grades or alma mater. It is a serious and dangerous mistake to be seduced by these beliefs because those beliefs misunderstand the nature and purpose of legal reasoning and the other skills you will learn in law school, threaten the public purposes of the profession, and pose a great risk to you as an ethical person and to the profession.

Arrogance might cause you to believe your students are inferior to you because they are further back on the path than you have traveled. Or that you need to hone their senses by saying racial epithets to them in the classroom because you believe they have been as sheltered and privileged as you are and without a single moment’s consideration of the effect of your words on your students. Or perhaps that your outrage that a traditionally excluded group is the exclusive group isn’t at all racist. All these are signs of arrogance, not academic rigor. And to claim them as “academic freedom” makes true academic freedom more vulnerable attack.

The goal of law school is to teach someone how to think. Not what to think. A professor who refuses to allow discourse within proper boundaries might be insecure, arrogant, or forgetting their purpose. Otherwise, the educational process requires some rigor and rules. But there are limits to discourse. Some ideas are not intellectual ideas. And masquerading them as such does disservice to true intellectual endeavors, and to the students seeking to learn.

So, are these false flag operations the game plan to kill true academic freedom?

LawProfBlawg is an anonymous professor at a top 100 law school. You can see more of his musings here. He is way funnier on social media, he claims. Please follow him on Twitter (@lawprofblawg). Email him at lawprofblawg@gmail.com.  Some of this column was co-written with a co-author and his dear departed colleague and used with permission.

Another Firm Joins The Salary Re-Raise

Can I Sue My Employer for Wrongful Termination in South Carolina?

E-conveyancing: The future of property transactions in Property Law?