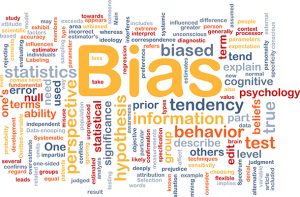 I read a sentence that says, “America needs more cheer.” And I don’t mean the detergent variety, but a sense of well-being, of feeling good of being optimistic about the present and the future. We need joy, we need hope, we need to believe in that hackneyed old phrase, “a better tomorrow.” Yeah, right. Every time I want to perk up, I come across something that sends me into orbit.

Here’s Exhibit A for why I don’t feel more cheer. I received an email invite to attend the following program sponsored by a bar association. The title: “Why Should I Chose a Woman Mediator?” As one of those, I thought there might be some nuggets of insight, some marketing to-dos. My bad. Silly me. The blurb says “Our panel of expert mediators will discuss whether gender is an important factor in selecting an effective mediator, whether women mediators have greater willingness to deal directly with emotional issues, express feelings of sympathy, empathy, and respect, better employ active listening techniques to build trust and rapport with counsel and litigants, and whether there are certain kinds of cases (e.g., sexual harassment, breast cancer, etc.) which lend themselves to the selection of a woman mediator.” Wait, what? Can a description of a CLE course on the elimination of bias be biased?

Do you sense a rant approaching? You betcha. Of the six women speakers, five of them are retired judicial officers. There is only one woman lawyer mediator. The female moderator is a sitting bench officer.

I ran this list by my law school BFF. He scoffed. He doesn’t like to use retired judicial officers as mediators for several reasons, including lousy listening techniques, refusal to hear any point of view except their own, and severe cases of robe-itis. He is extremely picky about who he chooses to use, and he doesn’t hesitate to woodshed those retired judicial officers who think that they know it all. I could use a variety of adjectives to describe his feelings, but you get the point. Just as there is no “one size fits all” for choosing a lawyer, a doctor, a CPA, or a flavor of ice cream, choosing a mediator, like anything else in law, is a very fact-specific decision based on not just expertise, but emotional intelligence, and personalities. As we all like to say, “it depends.”

Do you think this blurb is a sexist description for a CLE event where the “reward” is an hour of elimination of bias credit and a half-hour of general CLE? Isn’t this description in and of itself Exhibit A for bias? Does anyone else see the ridiculousness of the description, the CLE credit, in fact, the entire program, which is based on the faultiest of premises? The late George Carlin would have loved this blurb. I can hear his riff now.

This blurb reminds me of a time when I was a deputy DA, serving on a state bar committee, and at a meeting where I and other women lawyers were present, the then-president of the state bar remarked that women did not make good trial lawyers, that they should stick to family law and estate planning. Thank you for sharing. Tell that to my DA who, contrary to this turkey, thought that women made great trial lawyers (a little bias here) and hired plenty of women deputy DAs in the 1970s in a cow county where leisure suits and discrimination coexisted.

When I was an advocate, I used the mediator that I thought would be best for the particular case and the personalities involved. It just so happened that who I considered the best was a male plaintiff’s employment lawyer. (There weren’t a lot of women mediators back then, and one of them charged what we thought was an insane amount of money for a full day that required us to schlep to her office a considerable distance away from where any of us were.) Pass, we said. We never used her, but we used him a lot because he was empathetic, charged a reasonable fee, and, as a plaintiff’s attorney, he communicated easily with the employee and counsel. He resolved all the cases we took to him. My client loved him, me too. He had no hesitation in banging our heads against the wall if he thought we had screwed up (and often we did). Unfortunately, he died way too young, and those of us in Los Angeles who mediated employment cases in the early aughts know who I am describing. He was one of the good guys.

Who is the audience for this program? Most women lawyers I know, with some notable exceptions at firms where there is not a single woman mediator on the approved list (don’t get me started on that tangent) already get it. The issue is whether they can persuade their clients to take a flier on a woman mediator. Just like everything else, it’s a matter of CYA. Do male lawyers care about this?

This blurb plays right into the old sorry trope that woman mediators can only handle probate and family law matters, with an occasional detour into employment. Will this bias ever be eliminated? I’d say, “rinse, repeat,” in the hopes that things will change, but in drought-stricken LaLa Land, water is too precious to waste.